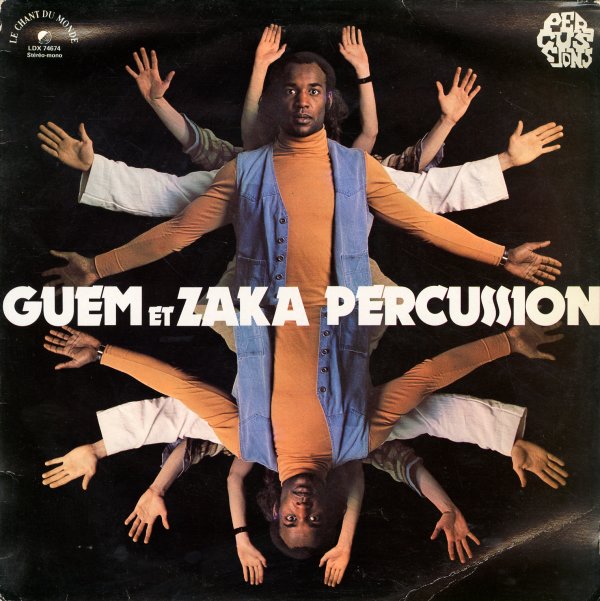 One of the best albums ever recorded by percussionist Guem – an enhanced session that has him working with the Zaka Percussion group, an ensemble of 6 percussionists that can handle a wide variety of instruments. The tracks are all driving and heavy – with plenty of conga work from Guem, mixed in with assorted other touches that bring out weird melodies and other percussive twists! Great stuff – and with tracks that include "La Girafe Mambo", "Chanson", "Afrique Tango", "Le Serpent", and "L'Abeille".  © 1996-2021, Dusty Groove, Inc.
(Silver label pressing. Cover has light wear.)