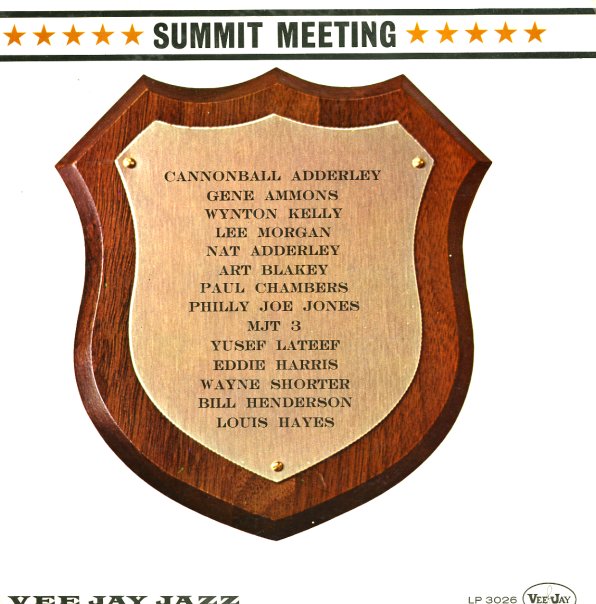 A great assortment of some of the great jazz recorded during the short-lived run of Vee Jay Records – titles that include "Exodus" by Eddie Harris, "Awful Mean" by Paul Chambers, "Wrinkles" by Wynton Kelly, "Bye Bye Blackbird" by Bill Henderson, "Hazing" by Louis Hayes, "I'm A Fool To Want You" by Lee Morgan, "Jim Dog" by Bennie Green, and "Sleepy" by The MJT + 3.  © 1996-2021, Dusty Groove, Inc.
(Rainbow label stereo pressing, with Bell Sound etch – nice and clean! Cover has a bit of seam splitting, but is nice overall.)

Eddie Harris Goes To The Movies
Vee Jay, Early 60s. Near Mint-
LP...$14.99
Forget the title – which sounds like a bit of a gimmick – as this is a fine fine Eddie Harris album! After the success that Vee Jay had with Eddie Harris' huge hit version of "Exodus", they cut this album of Eddie playing movie themes – like "Green Dolphin ... LP, Vinyl record album

Suddenly
Warner, 1983. Very Good+
LP...$14.99
Big ol' bass from Marcus Miller – but also some sweet keyboards and great vocals too – all wrapped up in a set that's really got Miller at the height of his powers! Marcus wonderfully skirts the worlds of soul and fusion for the record – and mostly creates a tight groove on his ... LP, Vinyl record album