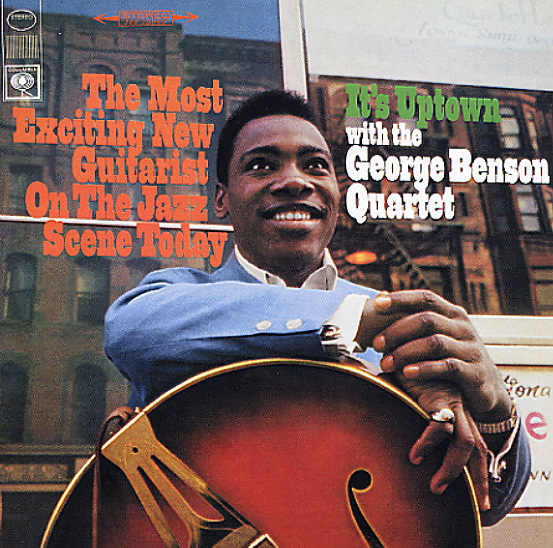 George Benson's first LP for Columbia – a hard, heavy, soul jazz slammer that bears no resemblance to his overproduced work of the 70s! The album's a real cooker – recorded hot on the heels of Benson's classic work on Prestige with the Jack McDuff group, and sounding a lot like McDuff's hard wailing organ jazz of the same time. George is working with a group that features a young Lonnie Smith on organ, plus Blue Mitchell on trumpet, Ronnie Cuber on sax, and Charlie Persip on drums – all tightly coming together, and jamming hard on the album's short cooking tracks. Tracks include "Clockwise", "Jaguar", "Hello Birdie", and "Bullfight".  © 1996-2022, Dusty Groove, Inc.
(70s pressing, CS 8325. Cover has light edge wear, the back & labels have some ink stamps.)