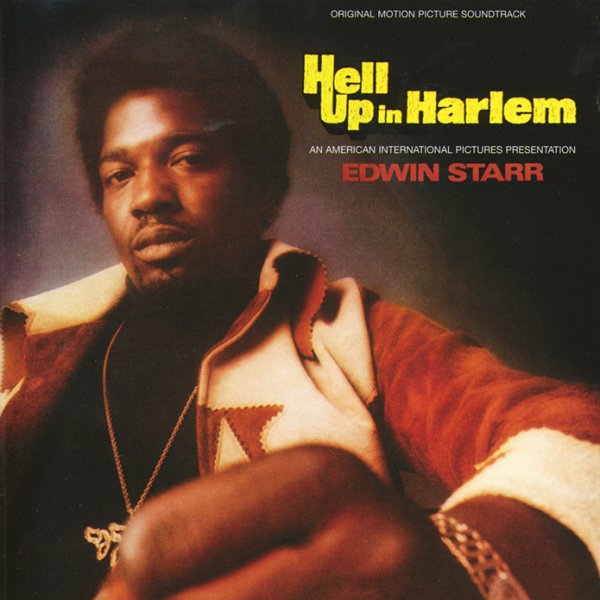 An excellent blacksploitation soundtrack – and every bit as funky as any of Willie Hutch's work for other Motown soundtracks at the time! Larry Mizell and Dennis Coffey help out on the instrumentation – giving the album an extra funky instrumental edge, one that takes it way past Edwin Starr's other work – and the tracks are a nice mix of vocals and instrumentals. Titles include "Ain't It Hell Up In Harlem", "Airport Chase", and the massive "Easin' In", a stone sample classic!  © 1996-2021, Dusty Groove, Inc.
(NOTE: The label and the sleeve list the song "Don't It Feel Good To Be Free", but it's actually not on the reissue.)