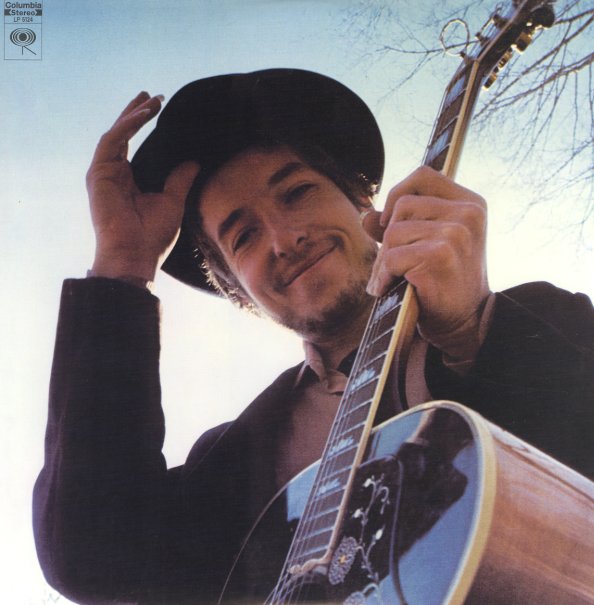 Dylan's wonderful foray into country rock – the great Nashville Skyline! He takes his voice into a strangely crooning arena that we hadn't heard from him before or since, kinda adding a mysterious vibe of the whole thing. Titles include a duet with Johnny Cash on "Girl From The North Country", plus "Lay Lady Lay", "Country Pie", "To Be Alone With You", and "One More Night".  © 1996-2021, Dusty Groove, Inc.
(360 Sound stereo pressing.)