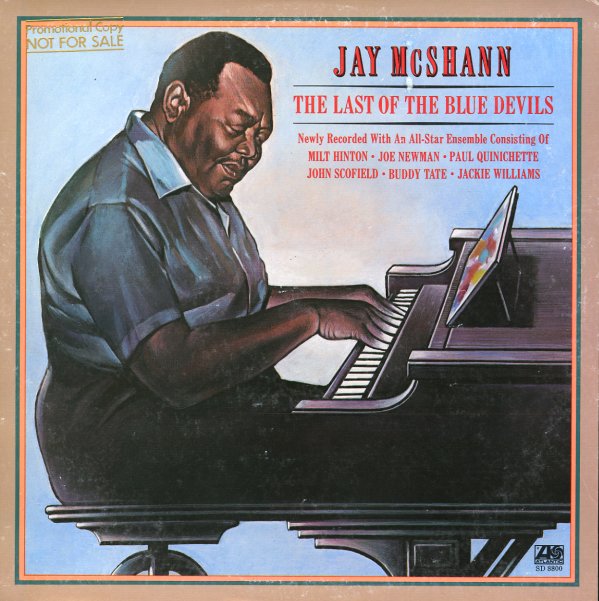 Last Of The Blue Devils

A great late date from the Kansas City pianist who first gave Charlie Parker his start – working here with Buddy Tate and Paul Quinichette on tenors, and Joe Newman on trumpet – plus the younger addition of John Scofield on guitar!  © 1996-2020, Dusty Groove, Inc.
(Cover has a gold promo stamp, and an index sticker down part of the spine.)

Tribute To Fats Waller
Sackville, 1978. Sealed
LP...$4.99
Solo tribute album by McShann, with titles including "Honeysuckle Rose", "Keepin' Out Of Mischief Now", "Ain't Misbehavin", "All My Life", "I'm Gonna Sit Right Down And Write Myself A Letter", "Lulu's Back In Town" and more. LP, Vinyl record album