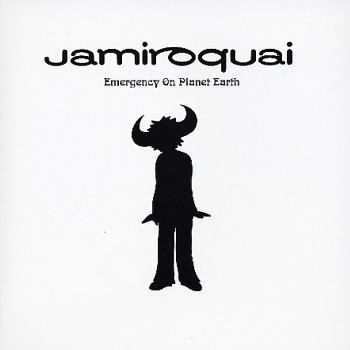 The group's first full length album – and a classic batch of soulful funky tunes, handled with the charm and care that would make Jamiroquai one of the best new soul acts to come out of the UK during the 90s. Think Brand New Heavies meets Stevie Wonder meets Steely Dan, and you'll get only part of the picture – as Jay and crew work things together perfectly, blending a wide range of influences into a globally conscious cosmic groove that's a perfect soul platform for the 21st century! Titles include "Revolution", "Didgin Out", "When You Gonna Learn", "Too Young To Die", "Music Of The Mind", and "Emergency On Planet Earth".  © 1996-2021, Dusty Groove, Inc.
(Punch through barcode.)

Surrender To Love
Hidden Beach/Sony, 2003. Used
CD...$1.99
Just when you thought Philadelphia had shown us all its great new soul singers, another fantastic act pops into the limelight! Kindred The Family Soul are a treasure, and the kind of group we can warm to on first listen! This debut record for Hidden Beach is a rich blend of male and female vocals ... CD