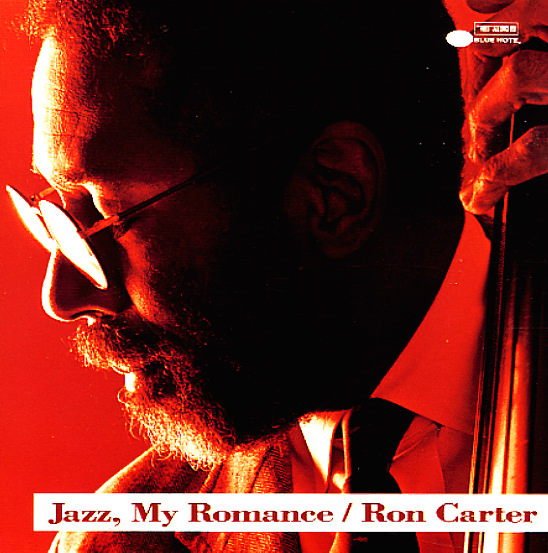 A sweet trio set from bassist Ron Carter – done with great piano from Kenny Barron and guitar from Herb Ellis – a really sensitive pair who make things swing gently with Carter throughout! Ron's warm basslines really direct the set strongly – and the lean recording style gives his careful notes plenty of space in the spotlight – really underscoring the lyrically brilliance of Barron and Ellis, who deliver a lot more here together than we might expect! Titles include "Blues For DP", "Summertime", "Quiet Times", "For Toddlers Only", "Sweet Lorraine", and "Airegin".  © 1996-2021, Dusty Groove, Inc.
(NOTE: artwork has extensive water damage including booklet pages that are stuck together, peeling, and a bit of paper stuck to the disc.)

Golden Striker
Blue Note, 2003. Used
CD...$6.99
A very nice return to basics for Ron Carter – a trio session that features Mulgrew Miller on piano and Russell Malone on guitar, with Ron playing simply bass – and working in a straight jazz style that's really a refreshing change from some of his higher-concept projects! The lack of ... CD