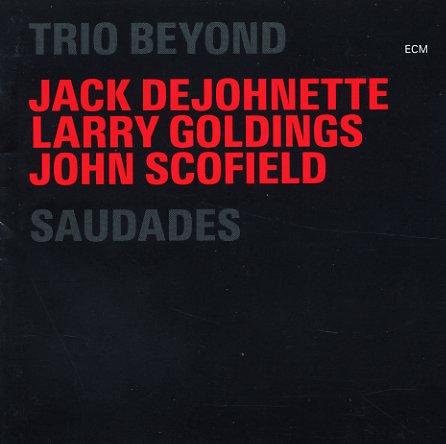 Trio Beyond are Jack DeJohnette on drums, Larry Goldings on Hammond organ and electric piano, and John Scofield on guitar.  © 1996-2021, Dusty Groove, Inc.
(Out of print.)