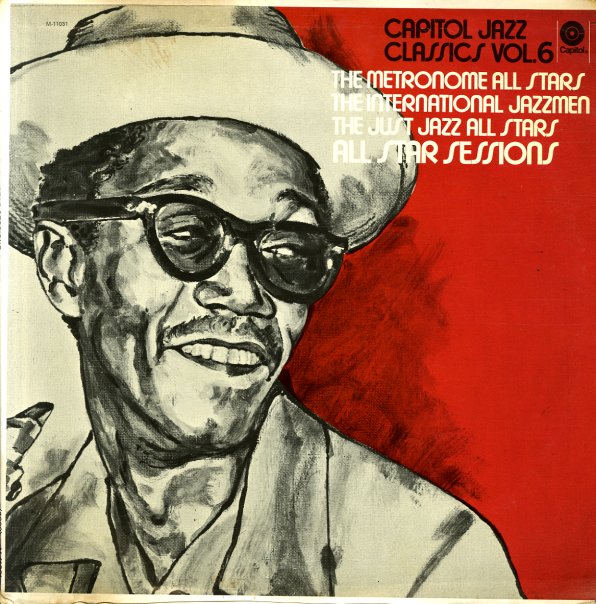 Includes three tunes from a 1945 session by the Capitol International Jazzmen, with Bill Coleman on trumpet, Buster Bailey on clarinet, Benny Carter on alto, Coleman Hawkins on tenor, Nat King Cole on piano, Oscar Moore on guitar, John Kirby on bass, Max Roach on drums, and Kay Starr on vocals; four tunes by the Metronome All Stars from 1947 and 1951, with sidemen that include Dizzy Gilletpie, Buddy DeFranco, Flip Phillips, Nat King Cole, Buddy Rich, Miles Davis, Max Roach, and others; and a side's worth of material from Louis Bellson's Just Jazz All Stars from 1952, with Clark Terry, Juan Tizol, Wardell Gray, Billy Strayhorn, and others.  © 1996-2022, Dusty Groove, Inc.
(70s red label pressing. Cover has a cutout hole. Vinyl has a short click on "Punkin".)

Why Am I Treated So Bad?
Capitol, Late 60s. Very Good
LP...$4.99
If you ever needed a key example of the genius of Cannonball on Capitol Records, this tight little set may well be it! The record's got all the best elements of a Cannon classic firmly in place – production by David Axelrod, electric piano by Joe Zawinul, and some tremendously soulful work ... LP, Vinyl record album

Blue Serge (Capitol Jazz Classics)
Capitol, 1956. Near Mint-
LP...$9.99
A real classic in the canon of American postwar jazz – one of the few albums ever cut as a leader by Boston baritone player Serge Chaloff – one of a handful of musicians who really helped move the instrument forward in jazz, and help it take a rightful place next to the expressiveness ... LP, Vinyl record album

Time Machine
RCA, 1966. Very Good+
LP...$19.99
Beautiful sounds from Gary Burton – a seminal 60s session that really has the vibist coming into his own, and finding that new path towards musical expression that would flower even more strongly in the 70s! The album has Burton really strengthening up his sense of chrome – matching ... LP, Vinyl record album