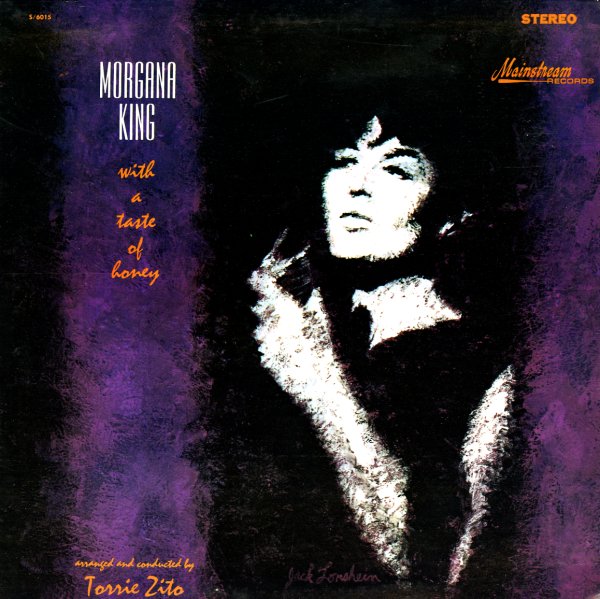 With A Taste Of Honey

A fantastic step forward for singer Morgana King – just the kind of record that really let the vocalist unlock all the sort of special power that would set her apart from the rest for decades to come! Morgana's got this completely distinct approach to jazz singing – a mode that's short on attack, robust on decay, and which flows in a way that really illustrates the lessons the lady learned from instrumentation – a sense of flow and phrasing that makes her instantly recognizable, no matter what the setting. Arrangements by Torrie Zito – with the same hip, dark mode he used with Tony Bennett – and titles include "A Taste Of Honey", "Easy To Love", "Prelude To A Kiss", "Corcovado", "When The World Was Young/Young & Foolish", and "Lazy Afternoon".  © 1996-2021, Dusty Groove, Inc.
(Cover has a bumped corner, light wear, and a promo stamp.)

One
CTI, 1974. Very Good- Gatefold
LP...$14.99
A landmark album – not only for Bob James, but for CTI and the Fender Rhodes as well! This is the album where all the magic starts – the first of many extremely successful albums that Bob recorded during the 70s under his own name, and almost the birthplace of the modern hip hop ... LP, Vinyl record album