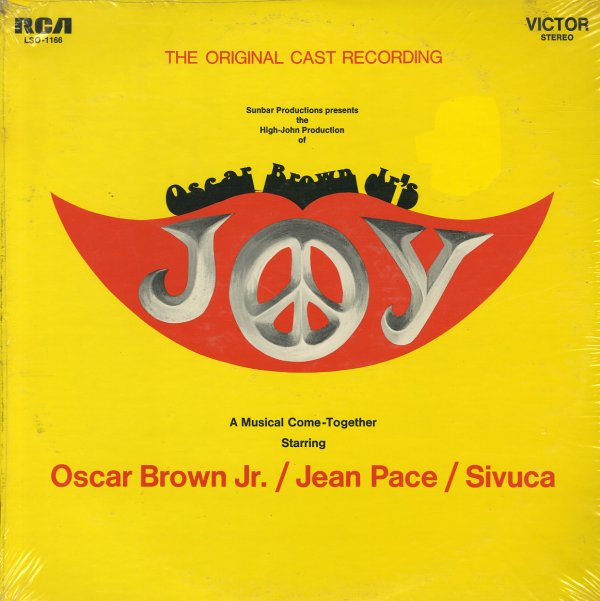 Oscar Brown's score for a hip play that he wrote (one of his many plays!) – performed by him, Sivuca, and Jean Pace. Despite the "show" quality of the material, this actually stands simply as a great Oscar Brown Jr. LP, and the production is nice and intimate, and sounds just like an ordinary studio album. Sivuca's great, and his breathy voice and playing really open up Oscar Brown with some great Brazilian touches. And as usual, the writing's great, especially on tracks like "Brown Baby", "Mother Africa's Day", "Funky World", and the great version of "Afro Blue", featuring Oscar's classic lyrics. Also features a wonderful version of Johnny Alf's "Sky & Sea" – done by Sivuca with an incredible lilting groove!  © 1996-2023, Dusty Groove, Inc.
(Includes RCA inner sleeve. A nice copy.)