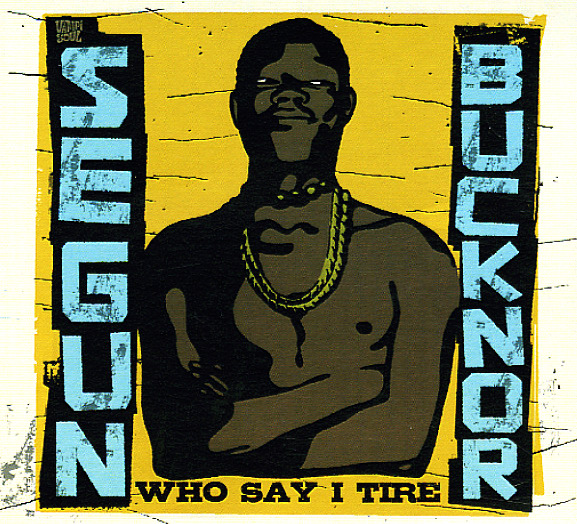 Who Say I Tire

Heavy Nigerian funk from the great Segun Bucknor – an artist who was working during the same Afro Funk revolution as Fela Kuti & Africa 70, but one who never fully got the exposure he deserved on a global level! By the time of these cuts, Segun had already been working hard in a variety of different groups – and he emerges at the start of the 70s with a bold new vision in music – one that draws on the same American soul and funk inspirations that you'll hear on the records of Geraldo Pino, but which also has some moodier elements at times too – a heady current that's clearly inspired by the psych generation, and taken to some more message-oriented lyrics at times. The blend is wonderful, especially when most cuts have these deeply funky rhythms at the bottom – and this 2CD package is a fantastic introduction to his music, with 16 long cuts that include "Sorrow Sorrow Sorrow", "Poor Man No Get Brother", "Dye Dye", "Only In My Sleep", "Adanri Sogbasogba", "Baby Get Your Thing", "Love And Affection", "Son Of January 15th", "La La La", "Gbmojo", "Ayinde Ogo", "Who Say I Tire", "You Killing Me", "Adebo", and "That's The Time".  © 1996-2021, Dusty Groove, Inc.