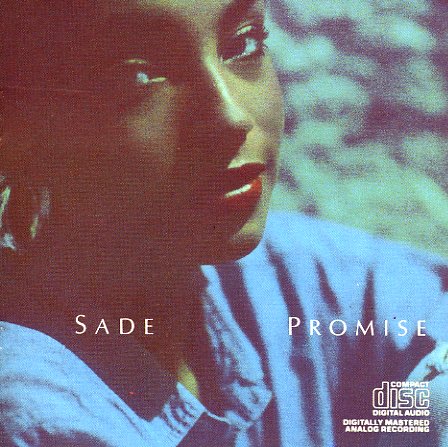 Sade's second album, and while it's not totally sublime as the first, it's still a damn great set with a smooth jazzy vibe that will have you coming back again and again! Includes the lovely "The Sweetest Taboo", plus "Is It A Crime", "War Of The Hearts", "Mr Wrong", and "Never As Good As The First Time".  © 1996-2022, Dusty Groove, Inc.

Love Deluxe
Epic, 1992. Used
CD...$5.99
Sade's last LP from the early 90s before she went into her brief recording and performing hiatus. Like the preceding records, the approach is heavy on the jazz side of things, with a crisp, spare touch on the production and a wonderfully soulful feel to the songwriting. At this point she no ... CD

Soldier Of Love
Sony, 2010. Used
CD...$4.99
A smoothly soulful set from Sade – with a bit more heartbreak and sometimes a bit heavier moodiness in the compositions – changing up the groove just enough on her first album in 8 years and reminding us how much we miss her in her years between albums! The first couple of tunes on the ... CD

Diamond Life
Portrait, 1985. Used
CD...$4.99 (LP...$29.99)
Think what you want – we think this is a damn great soul album! Sure, the record was a crossover classic that got played to death back in the 80s – but give it a listen now, and you'll be stunned to hear how fresh it sounds, and how much it reminds you of all the British soul acts that ... CD

Best Of Sade
Epic, 1980s/Early 90s. Used
CD...$4.99
Has there ever been anyone as lovely as Sade? We think not – and from the time she first hit our ears in the 80s, it was the start of an instant love affair that's continued for decades! Sade really brought something new to music at the time – a return to older styles of acoustic and ... CD