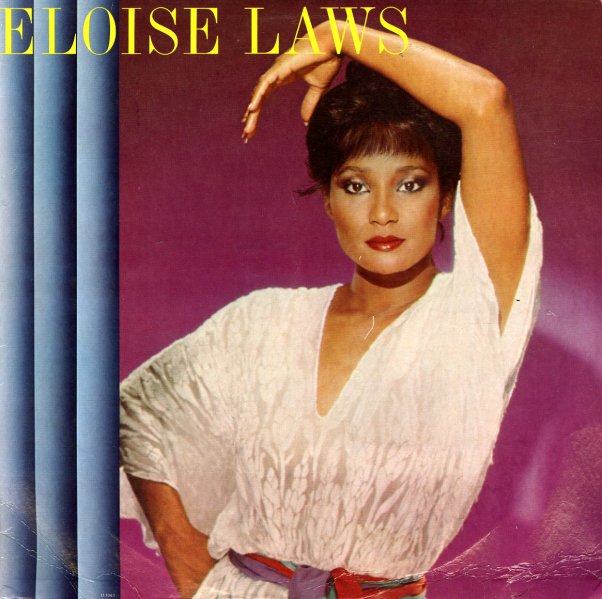 Another soulful member of the great Laws family – sweet modern soul from the great Eloise! The album's a bit in the mode of the Debra Laws album from the same period – warmly done, with rich production touches, but also a bit of a crackling undercurrent. Eloise isn't as modern stepping as Debra – but still great nonetheless – and handled well here by Thom Bell, who does the arrangements, and Linda Creed, who produced most of the set. Ronnie Laws also handled one track, the nice jazzy "Almost All the Way to Love" – and other cuts include "Let's Find Those Two People Again", "Moment to Moment", "If I Don't Watch Out", and "Search, Find".  © 1996-2021, Dusty Groove, Inc.
(Cover has a cutout hole.)

Pick Of The Litter
Atlantic, 1975. Very Good Gatefold
LP...$3.99
Classic Philly Spinners – with Philippe Wynne on lead vocals, and Thom Bell arranging and producing with that hit sound he gave the group during the 70s! The record may not of given the band as many hits as some of the others, but it's got an excellent Philly sound – with backing by ... LP, Vinyl record album

Fire
Mercury, 1975. Very Good Gatefold
LP...$14.99 (CD...$13.99)
One of the biggest albums ever for Ohio Players – a set that took their earlier funk sound and targeted firmly at the mainstream with a lean, mean groove that a million other groups copied at the time! There's still plenty of the soul of the early years in the group's approach here – ... LP, Vinyl record album