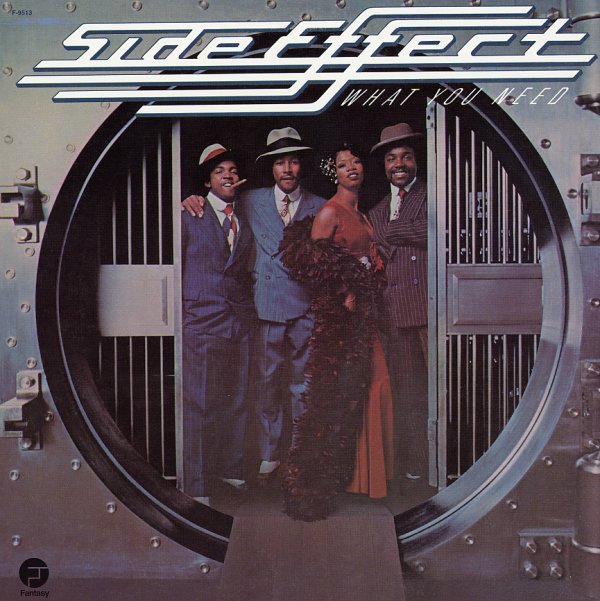 Quite possibly the greatest album ever from Side Effect – a wonderful set that mixes their soulful harmonies with some killer jazz funk from Wayne Henderson! The album may be the most perfect realization of the groove that Henderson was going for during his At Home Productions years – lots of funky fusion in the instrumentation, but all directed towards a tighter, more soul-based style – that perfect contribution that Fantasy Records made to the world in the 70s – after labels like Blue Note and Columbia first started setting things down. Whatever the chronology, though, this set's a standout no matter how you slice it – damn catchy tunes, incredible vocals, and a set of rhythms that are every bit as hip today as they were back when first recorded – really genre-defining grooves that you'll definitely recognize in the album's classics "Always There" and "Keep That Same Old Feeling" – and will go on to love in the cuts "Life Is What You Make It", "Changes", "I Know You Can", "SOS", "Time Has No Ending", "Finally Found Someone", and "Honky Tonk Scat".  © 1996-2021, Dusty Groove, Inc.