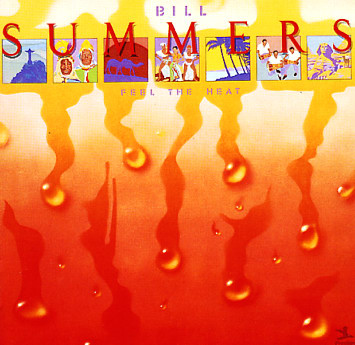 Masterful funky soul jazz from the mid 70s – and one of the best solo albums recorded by Headhunter Bill Summers – a sunny batch of Bay Area funk that really grooves with the best of Fantasy Records from the time! The set was produced by Skip Scarborough, and has that great bubbling, stepping, soulful groove that was Scarborough's best contribution to jazz funk – a trademark groove that was every bit as important to the 70s as the work of Bob James or Larry Mizell! Summers' work on congas and percussion is excellent and the players are totally top shelf – the core group features drums by Alphonse Mouzon, bass by Paul Jackson, and keyboards by Scarborough – and vocalists on the set include Dianne Reeves, Mikki Morris, and Charles Meeks. Titles include "Drum Suite", "Come Into My Life", "People Know", "Just A Matter Of Time", "No One", "Check It Out", and "Que Sabroso".  © 1996-2021, Dusty Groove, Inc.