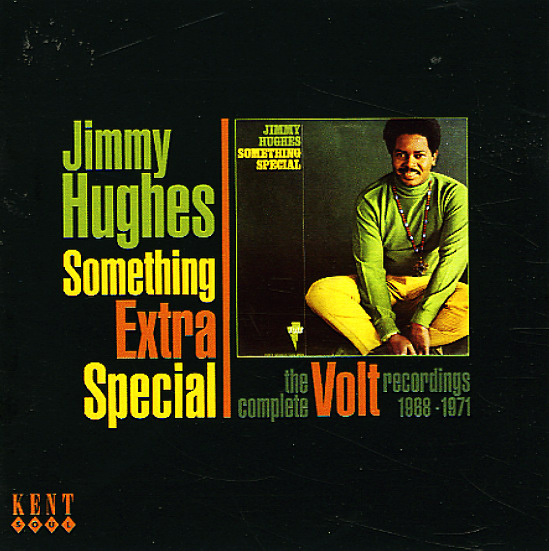 Amazing stuff – an already-great album on CD, but with bonus cuts from singles, and a dozen unissued tracks! The core album is Something Special – the only Stax album cut by singer Jimmy Hughes – an artist with a huge impact on southern soul in the 60s, but one who never got the push his career deserved, probably because he kept bouncing from label to label! The style here is kind of an update of the groove that Jimmy first recorded for Vee Jay and Atco – a more refined approach to bluesy soul that's somewhat in the same space that Stax were hitting with Johnny Taylor at the time. Backings are sometimes nicely chunky, almost funky – and tunes are produced by Al Jackson, Al Bell, and Charles Chalmers – all good candidates for a set like this. Titles include "I Like Everything About You", "Let 'Em Down Baby", "Lay It On The Line", "Sweet Things You Do", "I'm Not Ashamed To Beg Or Plead", and "It's All Up To You". Bonus tracks are all mighty nice too – and include "Too Old To Play", "Leave Us Alone", "Your Love Is Important To Me", "Did You Forge", "You Done Fed Me Sumpin", "Don't You Know I'm All Alone", and "I Worry About You".  © 1996-2022, Dusty Groove, Inc.