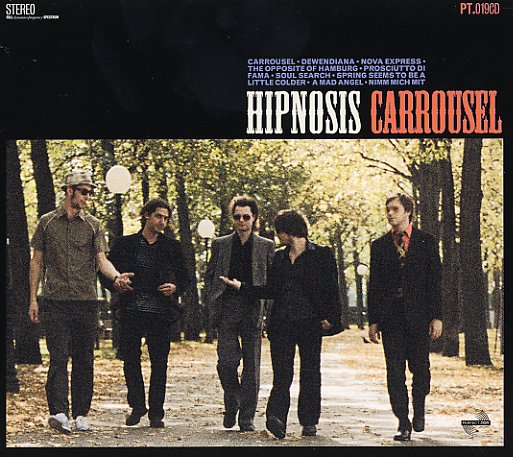 Stunning work from Hipnosis – an album that's far greater even than their debut – and we loved that one a lot! The sound here is all jazz all the way through – done in a lively, dancing, soaring groove that makes the album feel like a lost modal jazz classic on MPS or Saba – and which easily puts Hipnosis at the top of a very elite group of club jazz artists that include Sleepwalker and Nicola Conte! 2 of the album's tracks have female vocals – in a cool, breezy, Karin Krog-styled mode – but the bulk of the set is instrumental, and takes its energy from rhythmic piano and Fender Rhodes lines, rolling acoustic bass passages, and some especially great angular work on sax and trombone! There's an energy here that we totally love – and the album crackles with life from the very first note – and never ceases to delight as it rolls through a brilliant set of tracks that includes "Soul Search", "Mad Angel", "Opposite Of Hamburg", "Dewendiana", "Nova Express", "Carrousel", and "Nimm Mich Mit".  © 1996-2021, Dusty Groove, Inc.
(Out of print.)