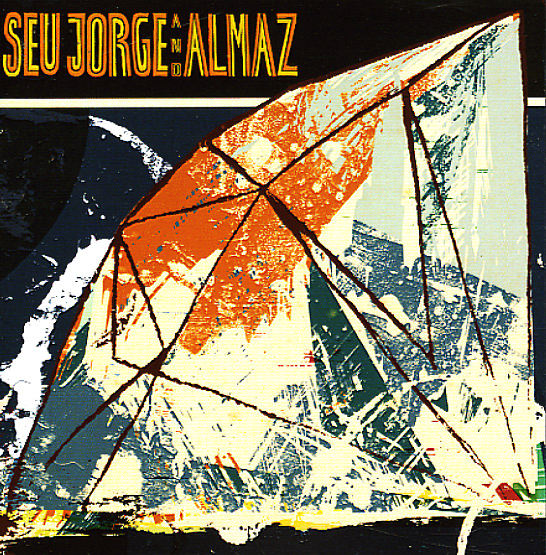 Incredible music from Seu Jorge – and that's saying a lot, given how much we've loved all of his previous records! This time around, Jorge really knocks it out of the park – by stepping away from some of his tighter styles, and going for a looser, more organic approach that's totally great – forged strongly with the cool combo Almaz, which features members of Nacao Zumbi, and bassist Antonio Pinto – the guy behind the great music in City Of God! The result is a record that's completely fresh, new territory for Jorge – but a set that also still holds onto all the best charms of his previous records too – and given that he's always seemed poised for superstardom and global crossover, it's even more incredible that he's made such a rootsy record like this! The record's filled with cool covers – all given the Almaz twist – tunes by Kraftwerk, Roy Ayers, Michael Jackson, Jorge Ben, Tim Maia, and others – completely reworked, and tuned up with spare instrumentation that's mostly guitar, bass, and drums. Titles include "Everybody Loves The Sunshine", "The Model", "Cala Boca Menino", "Girl You Move Me", "Juizo Final", "Cirandar", "Tempo De Amor", and "Rock With You".  © 1996-2022, Dusty Groove, Inc.