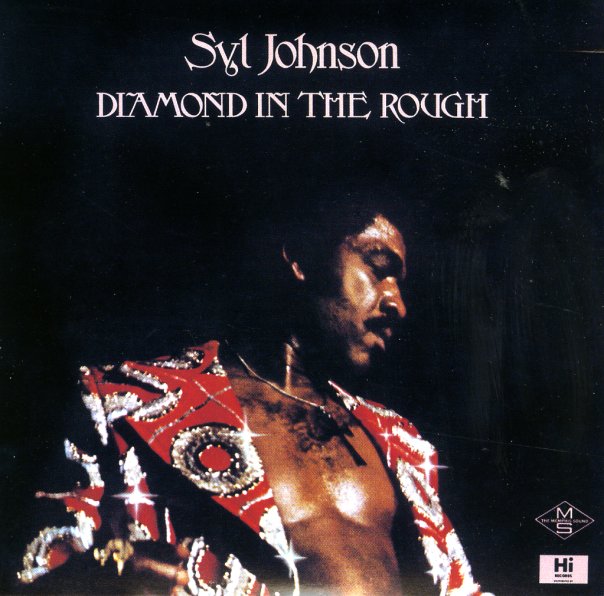 The great Syl Johnson – doing his thing for Hi Records on a record that's more shiny diamond than it is rough – his second album for the label and a truly underappreciated gem from the Chi soul great! Diamond In The Rough is a much sweeter set of tunes than Syl's Chicago work on Twinight, with warmer production by southern soul guru Willie Mitchell to keep his sound much more in the Memphis soul camp – but still a nice album of bluesy stoked sweetness, and proof that Syl was one of the better talents on the Hi label. Titles include "Keeping Down Confusion", "Let Yourself Go", "Could I Be Falling In Love", "Stuck In Chicago", and "I Hear The Love Chimes", "Please, Don't Give Up On Me" and "Diamond In The Rough".  © 1996-2022, Dusty Groove, Inc.

Explores Your Mind
Hi Records/Fat Possum, 1974. New Copy
CD...$11.99 15.99
Al Green explores your mind – then moves onto your heart, your soul, and everything in between! The album's a classic in the best Hi Records tradition – and features Al moving into a style that's even more spiritual than before – serving up the sublime tracks "Take Me To The ... CD

Expressway To Your Skull/Electric Church/Them Changes/We Got To Live Together
Mercury/BGO (UK), Late 60s. New Copy 2CD
CD...$16.99 22.99
Four heavy classics from Buddy Miles – all together in a single set! First up is Expressway To Your Skull – a super tripped-out blend of rock, funk, and soul – easily one of Buddy Miles' most mindblowing albums – and a classic that never lets up at all! Buddy's leading the ... CD

Brown Sugar Featuring Clydie King (Japanese paper sleeve edition)
Chelsea/Big Pink (Korea), 1973. New Copy
CD...$18.99 22.99 (LP...$29.99)
A great little record from Brown Sugar – a group who really soar here, thanks to the presence of Clydie King on lead vocals! King sung famously on many rock and soul sessions during the 60s and 70s – but she's a great talent in the spotlight, and really helps to give the record a lot ... CD

Pointer Sisters/That's A Plenty
Blue Thumb/BGO (UK), Early 70s. New Copy 2CD
CD...$16.99 19.99
Two early albums from this legendary group – back to back in a single set! First up is the self-titled Pointer Sisters – the group's debut, and an album that's a lot deeper than most of their crossover pop from years to come! At the time of the album's release, the trio were a badass ... CD