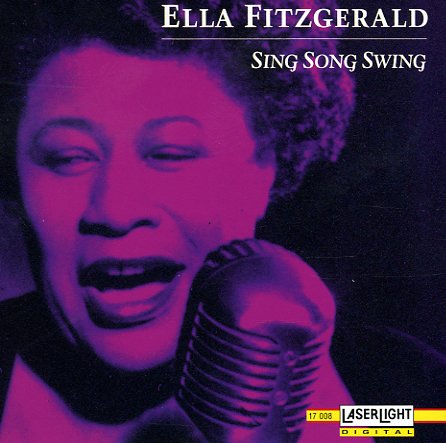 Ella At The Opera House (with bonus tracks)
Verve/Polydor (Japan), 1957. Used
CD...$18.99
Nice backing on most tracks by a small combo that features Oscar Peterson on piano and Herb Ellis on guitar – and a larger group on a few more, with Stan Getz, Coleman Hawkins, and Lester Young on tenors! Titles include "Stompin At The Savoy", "Goody Goody", "Ill ... CD

Complete 1950 to 1960 Piano Duets
Verve/Essential Jazz (Spain), 1950s. Used 2 CDs
CD...$9.99
A wonderful way to hear the genius of Ella Fitzgerald at its best – as the set features all tracks that just have the first lady of jazz singing alongside a piano – spare, open, and in a way that really lets you get all all the care and nuance that Ella can bring to a tune! Most of the ... CD

Ella In Berlin – Mack The Knife (Japanese paper sleeve edition)
Verve (Japan), Early 60s. Used
CD...$14.99
Quite a popular live album from Ella – recorded in Berlin at the height of the cold war years – featuring a famous recording of "Mack The Knife" that almost blew away Bobby Darin's hit with the cut! The album's nicely free of some of the stodginess of some of Ella's Songbook ... CD

Intimate Ella (aka Let No Man Write My Epitaph)
Verve, Early 60s. Used
CD...$6.99
A rare session from Ella Fitzgerald – with backing from the trio of pianist Paul Smith, and a nicely intimate vibe! Titles include "Misty", "Black Coffee", "Angel Eyes", "I Cried For You", and "Reach For Tomorrow". CD

75th Birthday Celebration – The Original Decca Recordings (2CD box)
Decca/GRP, Late 40s/Early 50s. Used 2 CDs
CD...$3.99
A great package – one that focuses not on the oft-reissued Verve Records material by Ella Fitzgerald, but on her earlier Decca sides from the postwar years – 39 tracks in all, with a good mix of bop and swing! CD