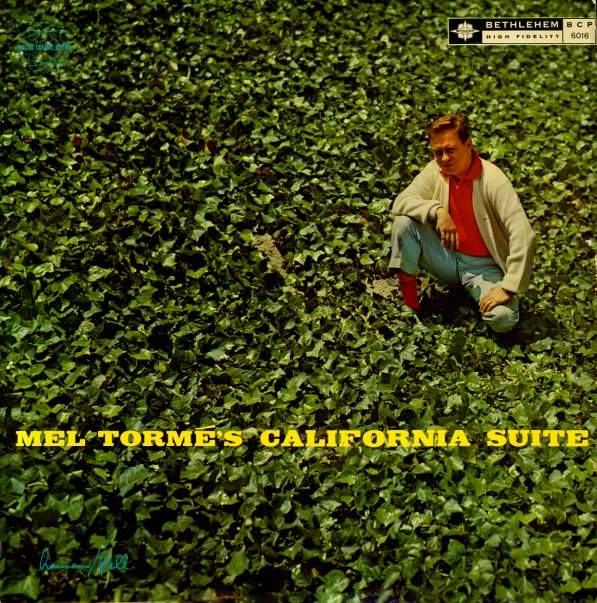 An insane record – simply insane! Mel Torme wrote the California Suite as a tribute to his home state during the glorious postwar years of growth and boom – and it contains some of the weirdest songs he ever sung! At the base, the work is driven by the same west coast jazz arrangements by Marty Paich that you'll find on some of Mel's other Bethlehem albums – but the songs can be incredibly goofy, rhyming towns in CA with catchy words and phrases, pairing Marines in San Diego with wealthy old widows, and leveling San Francisco with one of the worst puns on "Golden Gate" that we've ever heard! Still, the album's an essential one if you're a fan of Mel Torme – not only because it's got some wonderful vocals in the best parts, but also because it's a true reflection of his deep commitment to pushing the boundaries of jazz music. Tracks include "West Coast Is The Best Coast", "They Go To San Diego", "LA", and "Poor Little Extra Girl".  © 1996-2021, Dusty Groove, Inc.
(Sealed 80s Cayre pressing, in a white border cover.)

Prelude To A Kiss
Tops, 1957. Very Good+
LP...$9.99
One of the best-ever Mel Torme jazz vocal albums – right up there with his best Bethlehem recordings! The set was recorded with Marty Paich's Dek-tette, who set the tone perfectly for the warmly perfect style of The Velvet Fog – and who, like Mel, manage to be totally polished, yet ... LP, Vinyl record album