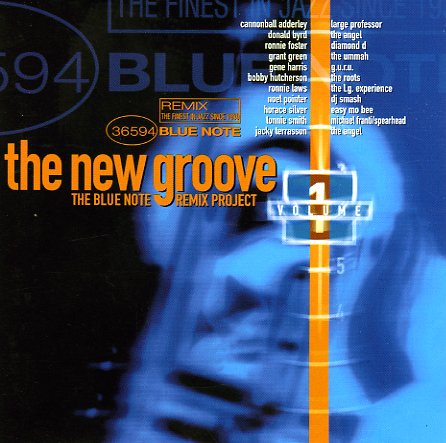 After the success of the US3 hit "Cantaloop", Blue Note embraced the "let's sample our classics, and turn them into new dance hits" philosophy, and put together this full album that features modern DJs and producers remixing older works by the likes of Cannonball Adderley, Bobby Hutcherson, Lonnie Smith, Ronnie Foster, Grant Green, Donald Byrd, and others. Remixers include Large Professor, DJ Smash, Guru, The Roots, Diamond D, and Angel – and titles include "The Sophisticated Hippie", "Montara", "Listen Here", "Move Your Hand", "Summer Song", and "Down Here On The Ground".  © 1996-2022, Dusty Groove, Inc.
(Out of print, pre-owned sticker on booklet cover and stamp on CD .)

Soul Cookin' (CD/DVD)
Blue Note (Japan), 2012. Used 2 CDs
CD...$24.99
Quasimode are definitely cooking on this sweet little set – picking up a rich array of influences they've never had before – including bits of Latin rhythms, and some soul music as well! A few of the cuts feature vocals – but in ways that are more straight soul than the group's ... CD

Hex
Blue Note (Japan), 2013. Used
CD...$19.99
One of the coolest new Japanese combos we've heard in awhile – a group who have some of the live jamming of the club jazz generation, but who also touch on some of the noisier elements of an earlier generation of Japanese avant players as well! The blend is great – never too free or ... CD