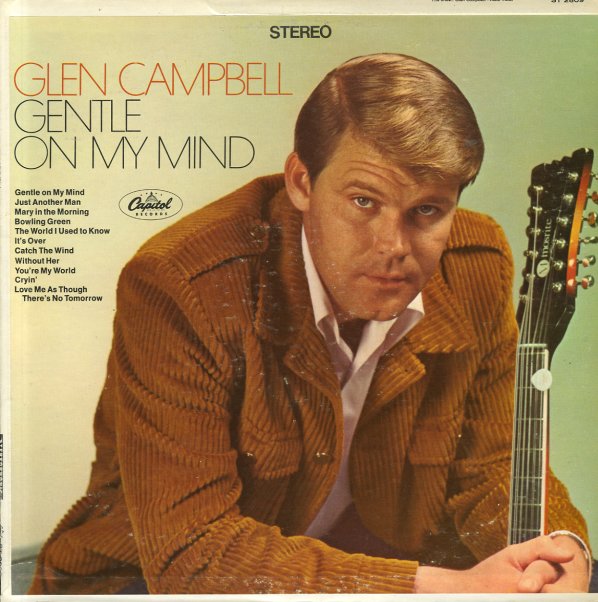 An insanely wonderful early album from Glenn Campbell – the kind of music that's not really rock, pop, or country – but instead a unique summation of all, at a level that only Campbell could do this well The album kicks off with the sublime pop hit "Gentle On My Mind" – one of those jangly tunes that we could listen to forever – and then soars into a beautiful blend of tunes from different sources, including covers of Nilsson's "Without Her", Rod McKuen's "The World I Used to Know", Jimmie Rodgers' "It's Over", and Donovan's "Catch The Wind" – as well as the huge hit "Mary In The Morning". Glenn's got a hell of a voice – and it sounds great on all the tracks!  © 1996-2022, Dusty Groove, Inc.
(Rainbow label stereo pressing.)