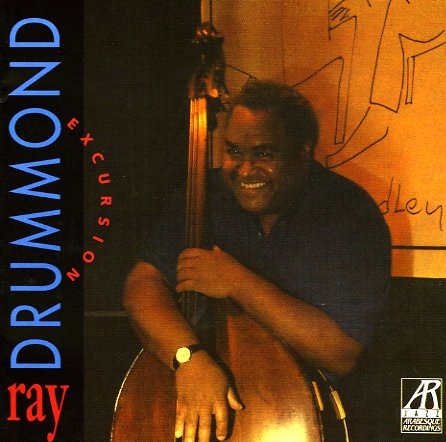 A great flowering as a leader for bassist Ray Drummond – a session that features some of his own beautiful compositions, played by a very tight, soulful group of musicians! Ray's on acoustic bass, very strongly in the lead – and other players include Joe Lovano and Craig Handy on saxes and flute – each featured in a different channel – plus Danilo Perez on piano, and both Marvin Smitty Smith and Mor Thiam on drums and percussion, again split between different channels of the recording! This split/speaker approach makes for a very spacious sound – one that really grabs us with an evocative, organic sound, especially on the Drummond originals. Titles include "Susanita", "Penta-Major", "Quads", "Prelude", "Blues African", and "Excursion" – a suite in 5 parts.  © 1996-2020, Dusty Groove, Inc.
(Out of print.)