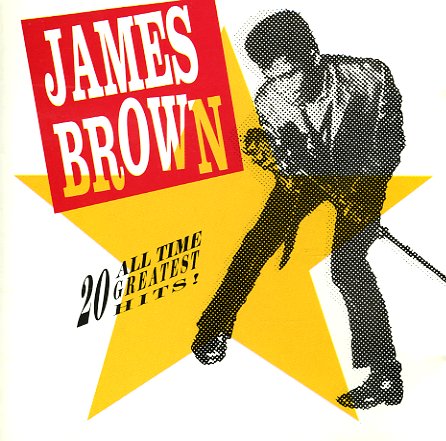 Not a classic from the early years of James Brown – but a later greatest hits package that's gone onto have legendary status – given all the key cuts it includes! Most numbers here are the shorter single versions – and together, they pack a hell of a punch – showing an especially strong focus on the best soul and funk years of the legendary Godfather Of Soul! Titles include "I Got You", "Sex Machine (part 1)", "I Got The Feelin", "Mother Popcorn (part 1)", "Papa's Got A Brand New Bag (part 1)", "Think", "Get Up Offa That Thing", "Hot Pants (part 1)", "Superbad (parts 1 & 2)", "Papa Don't Take No Mess (part 1)", "Payback", "Get On The Good Foot", and more!  © 1996-2020, Dusty Groove, Inc.
(BMG Direct pressing.)