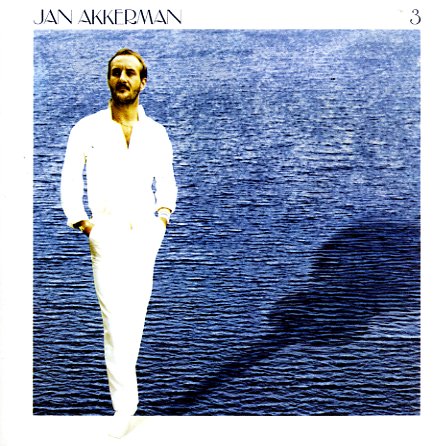 A mix of fusiony jazz rock, a bit of funk and some more sweeping arrangements – sometimes in the span of a single song on this fairly underappreciated Atlantic set from Jan Akkerman! Mixing easy listening and funk is the kind of thing that's pulled off pretty well, or falls completely flat, and Jan makes it work here. A couple tracks feature lead vocals by Yvette Cason or Willie Dee, and players include Michael Brecker, Bunny Brunell, Howard Johnson and Neppie Noya. Includes "Stingray (Get Up With That)", "Wait And See" "She's So Divine", "This Is The One", "Night Prayer" and "Time Out Of Mind".  © 1996-2021, Dusty Groove, Inc.

Three Guitars In Bossa Nova Time
Epic/Wounded Bird, 1963. New Copy
CD...$6.99 11.98 (LP...$19.99)
A really really wonderful little record – one that's far more than you might guess from it's slightly gimmicky title! The session's clearly done in a mode to resonate with the Charlie Byrd or Stan Getz bossa work of the early 60s, but it's also got a slightly offbeat quality that makes it ... CD