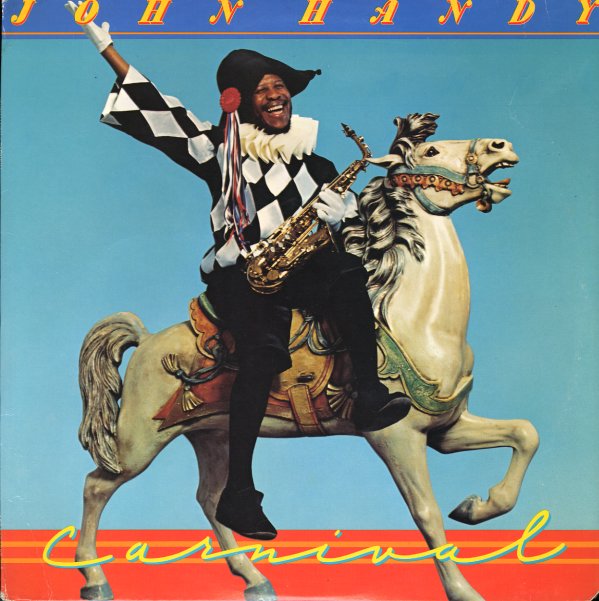 A well-blown set from alto saxophonist John Handy – recorded with larger arrangements at a time when Impulse Records was trying to match the sounds of CTI, but done in a way that still holds onto all the sharp soul of Handy's earlier years! The format's nice and full – with lots of keyboards from Sonny Burke, George Spencer, and even Lee Ritenour – but Handy's crisp alto lines cut through the record wonderfully, bringing in these soulful tones that remind us a lot of Gary Bartz in a similar setting – always filled with spirit, and searching out with a nice sense of personality. Titles include the groover "Watch Your Money Go" – plus "All The Things You Are", "Carnival", "Alvina", and "Love's Rejoicing".  © 1996-2021, Dusty Groove, Inc.
(Cover has a cutout notch.)