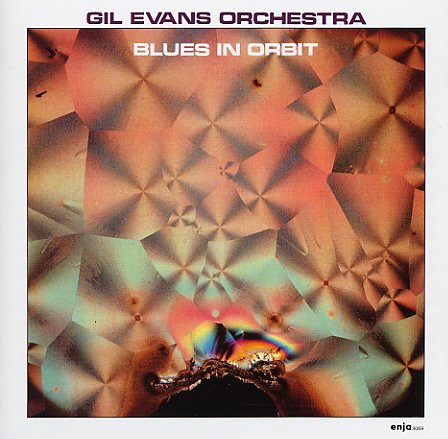 Blues In Orbit (aka Gil Evans)

A great record – and on that hardly ever shows up on the radar screen of Gil's career! The session was recorded with a very hip group that includes Billy Harper on tenor and flute, Elvin Jones and Alphonze Mouzon on drums, Joe Beck on electric guitar, and Herb Bushler on Fender bass. The sound is a bit electric, but is touched with Evans' far-reaching arranging style, so that it lapses into none of the cliches you might expect. Harper is a treat, as always, and he offers up the original composition "Thoroughbred", one of the nicest on the record. "Blues In Orbit", "Variation On The Misery", "Proclamation", and "Spaced". This is a 1981 repackaging of an album that was originally issued on Apex under the title Gil Evans.  © 1996-2022, Dusty Groove, Inc.
(Out of print first CD pressing.)

Svengali
Atlantic/Koch, 1973. Used
CD...$6.99 (CD...$6.99)
A great example of the way that Gil Evans really opened up his groove in the 70s – moving here way way past the cool jazz and third stream of earlier years – into a soulful style that's far groovier than might be expected! Part of the strength of the set is because of the players ... CD

Svengali
Atlantic (Germany), 1973. Used
CD...$6.99 (CD...$6.99)
A great example of the way that Gil Evans really opened up his groove in the 70s – moving here way way past the cool jazz and third stream of earlier years – into a soulful style that's far groovier than might be expected! Part of the strength of the set is because of the players ... CD

Live At Fat Tuesdays
Enja (Germany), 1988. Used
CD...$9.99
Soulful genius from Kenny Barron – an excellent quintet outing from the late 80s, and one that really benefits from the presence of horns added to the trio! Kenny's work on piano is always great – and his sense of scope, soul, and timing are presented perfectly here – but what we ... CD

Sweeping Through The City
Enja (Germany), 1984. Used
CD...$6.99
A unique record from Bennie Wallace – one recorded with both a jazz group and gospel backing – all held together beautifully by the tenor in the lead! The album's got a surprising degree of charm – and works with far less of the gimmicky feel that you might expect – largely ... CD

Low Profile
Enja (Germany), 1994. Used
CD...$12.99
Bassist Michael Formanek is captured here during a period of key creativity – working at the head of a combo that's filled with some of the best up-and-coming talents of his scene – Marty Erlich on bass clarinet, soprano sax, and alto – plus Tim Berne on alto and baritone, Dave ... CD