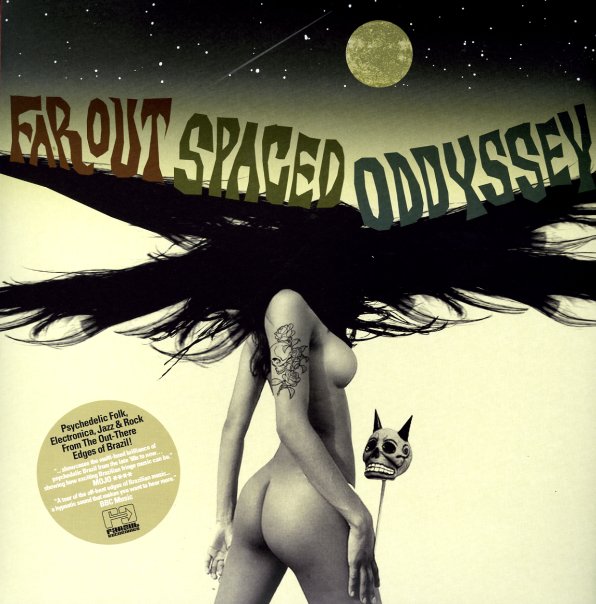 Far Out Spaced Oddyssey – Psychedelic Folk, Electronica, Jazz & Rock From The Out There Edges Of Brazil (2CD version with bonus tracks)

Spacey Far Out Brazilian grooves from the stellar label's roster – some of the wilder, more tripped out and psychedelic sounds on the label – from leftfield dancefloor grooves, to psych rock inspired grooves, to some of the more experimental numbers by Brazilian music legends! The 2CD set features numbers by Azymuth, Joyce, Binario, Jose Mauro and others – including a number of remixes that have never been released on CD before now! Includes "Apocalipse" by Jose Mauro, "Reza Brava" by Piri, "Tudo Bonito" by Joyce, "Black Magic" by Kirk Digeorgio Presents Offworld, "Caca A Raposa" by Azymuth, "Diretriz" by Binario, "Ao Amigo Quartin by Victor Assis Brazil, "Las Vegas" by Rabotnik, "Intergalactic You, Intergalactic Me" by Troubleman and many more.  © 1996-2022, Dusty Groove, Inc.

Nicola Conte Presents Viagem 3 – A Collection Of 60s Brazilian Bossa Nova & Jazz Samba
Far Out (UK), 1960s. New Copy
CD...$8.99 16.99
A killer collection of rare bossa nova from the 60s – all put together by Nicola Conte, whose work on the Schema label has done a lot to continue the tradition of the classics! Here, though, Nicola's set loose on the RGE label, and other indies from 60s Brazil – super-rare records that ... CD