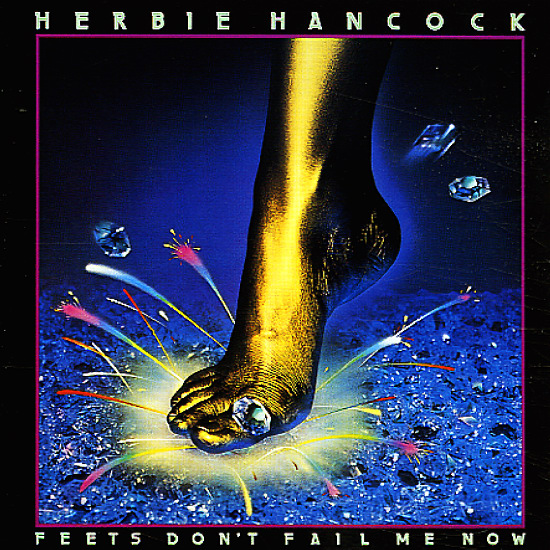 Sweet keyboard grooves from Herbie Hancock – and a set that has him taking up some of the territory of younger players he'd inspired – like Bobby Lyle, Webster Lewis, or Rodney Franklin! There's a fair bit of soul in the mix here, including some great work on vocoder – blended in with Hancock's work on jazzy keyboards – all wrapped up in a cosmic level that really fits the image on the cover, and which acts as a preface for some of the electro work to come in the early 80s! The blend is great – with that sublime balance that Hancock did better than anyone else – and titles include "Trust Me", "You Bet Your Love", "Tell Everybody", "Honey From The Jar", and "Knee Deep".  © 1996-2020, Dusty Groove, Inc.
(White label promo. Cover has some wear and a tracklist sticker.)