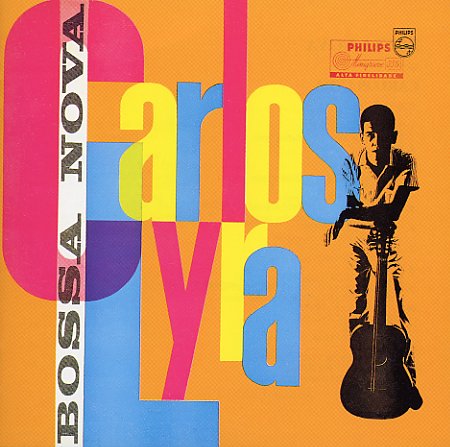 2 of the earliest albums ever from bossa genius Carlos Lyra – back to back on one CD! The first album, Bossa Nova, definitely lives up to its title – as it features Lyra's wonderful original compositions wrapped around a set of orchestrations that are lightly breezy, and which dance with a slight hint of jazz that often comes from the use of acoustic guitar or vibes on some tracks. The format's similar to some of Joao Gilberto's work of the time – and backings are by Carlos Monteiro De Souza. Titles are all originals by Lyra, and include "O Bem Do Amor", "Chora Tua Tristeza", "Ciume", "Barquinho De Papel", "Rapaz De Bem", "Gosto De Voce", and "Menina". The CD features a whole other album of bonus tracks as well – the similar session Carlos Lyra, also from 1960 – another showcase for Lyra's wonderful skills as a writer! The arrangements on that set are similar, and titles include "Nos Dois", "Mister Golden", "Nada Como Ter Amor", "Vem Do Amor", "Aonde Andou Voce", "De Quem Ama", and "Primeira Namorada". 26 tracks in all!  © 1996-2022, Dusty Groove, Inc.
(Out of print, 1998 Japanese pressing.)