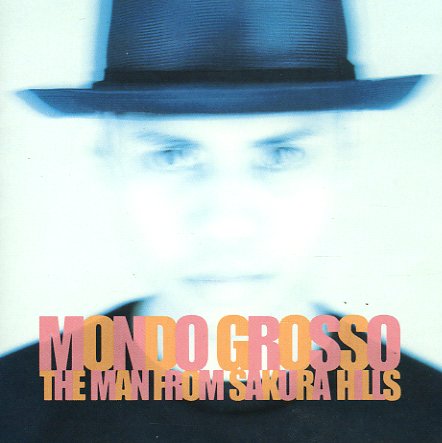 One of the most soulful albums by this tasty Japanese combo! Most of the tracks on the record have a strong uptempo groove, with strident soulful female vocals – very much in the manner of those you'd hear on a Monday Michiru record. The album's only got 6 tracks – but they're all very strong, and they all features remixing by the likes of The Roots, No I.D., and others. Titles include "I Can't Go For That (Freedom Jazz Samba Mix)", "Everyday Life (Everyday Dreaming Mix)", "Closer (Roots Remix)", "Things Keep Changing (No IDs Use Your Common Sense Mix)", and a very groovy version of "Laughter In The Rain".  © 1996-2021, Dusty Groove, Inc.
(Out of print, includes obi.)

Mondo Grosso
99 Records (Germany), 1993. Used
CD...$2.99
Far more than just the first album by the group Mondo Grosso – and more of an assortment of other work from the same Japanese scene – in the manner of the first Kyoto Jazz Massive LP! The album features 3 key tracks by Mondo Grosso – "Anger", "Souffles H", and ... CD

BLZ (voc, inst)
Sony (Japan), 2002. Used
CD...$4.99
A groove happy single from Mondo Grosso! The track's one of their catchiest in years – a kicking two-step beat, strong use of acoustic guitar over the beats, and sweet English language vocals by Blu James. The track's an anthemic groover of the sort that's best heard blasting out of a car ... CD