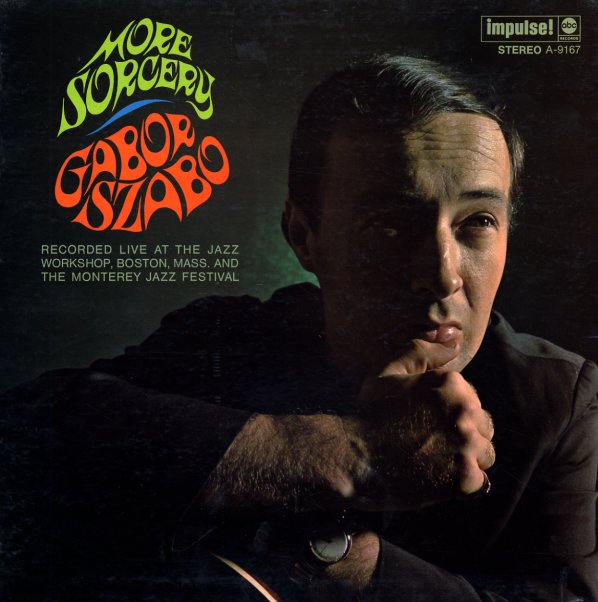 A great record that's sort of a follow-up to Gabor's excellent Sorcerer LP – and like that one, features long tracks that have a spiralling modal feel that's much more serious, much more grooving, and a lot less campish than some of his other albums of the time. The album features a two-guitar lineup that mixes rhythm and melody – perfect for the tunes on the set, like "Los Matadoros", "Spellbinder", "Comin Back", and "Lucy In The Sky With Diamonds".  © 1996-2021, Dusty Groove, Inc.
(Rainbow label stereo pressing. Cover has some gloss separation at the corners of the spine.)