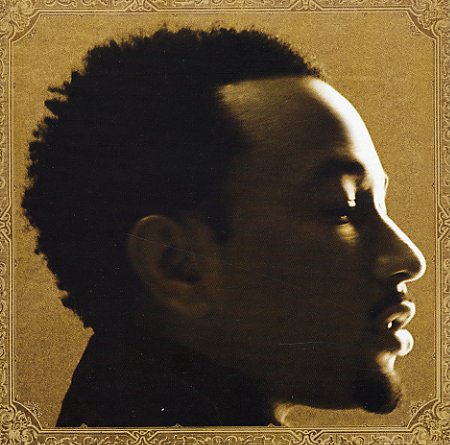 You just have to love that one breath of fresh air on the pop charts at any given point – and John Legend is profoundly worthy of it! John has a feel for classic soul – strings and horns filter in with his own piano playing and emotive vocals – but the production approach is firmly contemporary. The beats are born of hip hop, and some big names from the game drop in, but this feels like John's album all the way. Very, very promising stuff – there's no one else quite like John Legend on the charts, so let's keep him there! Tracks include "Let's Get Lifted", "Used To Love U", "She Don't Have To Know", "Number One" with Kanye West, "I Can Change" with Snoop, "So High", "Refuge (When It's Cold Outside)" and more.  © 1996-2020, Dusty Groove, Inc.