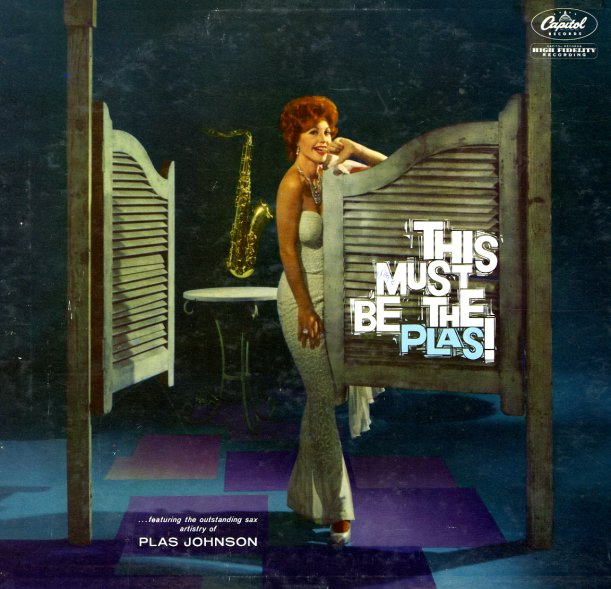 This Must Be The Plas!

A gem of a session from tenorman Plas Johnson – recorded for Capitol with small group backing that includes organ, piano, vibes, and a bit of guitar – all grooving in a mode that's much more suited to Johnson's deeply riffing style than the easy arrangements of much of his other work. Plas responds to the freedom by playing tenor, baritone, and alto sax – and he really grooves nicely on the whole set! Titles include "Heart & Soul", "Too Close For Comfort", "If I Had You", "My Old Flame", and "S'Il Vous Plait".  © 1996-2021, Dusty Groove, Inc.
(Rainbow label mono promo pressing. Cover has some sticker remnants on front, splitting in the bottom seam, small stain at the bottom of the spine, and a promo sticker and radio station stamps on back.)