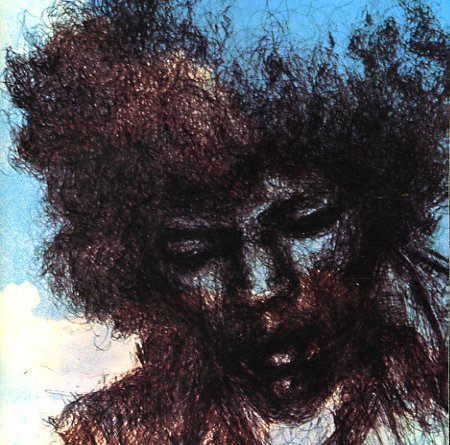 (80s pressing in a barcode cover, with light wear and a small cutout notch.)

Band Of Gypsys
Capitol, 1969/1970. Very Good+
LP...$49.99
An amazing album of raw power from Jimi Hendrix – recorded on New Years Eve 1969, right as the 60s became the 70s – with a stunning sound that certainly presages the hard rock decade to come! Jimi's working with his trio that features Buddy Miles on drums and Billy Cox on bass – ... LP, Vinyl record album

Jimi Hendrix Experience – Smash Hits
Reprise, Late 60s. Near Mint-
LP...$14.99
One of those "greatest hits" of Greatest Hits collections – as Smash Hits has come to be regarded by many as a key entry in the cannon of classic rock – thanks to tremendous work from Jimi, bassist Noel Redding, and drummer Mitch Mitchell! Every track here is a gem – ... LP, Vinyl record album