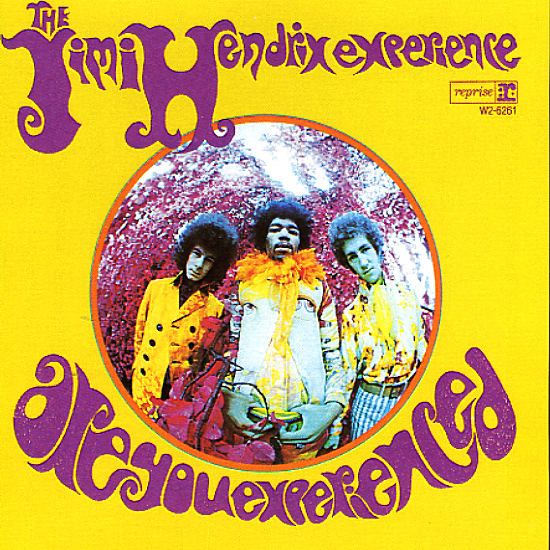 Not experienced? Well, this album will help push you over the top – as it's done for decades of listeners from the heyday of young Jimi Hendrix all the way up to the present! The set's a classic through and through – a blueprint not just for the genius of Hendrix, but for generations of guitar heroes to come – as you might expect with a lineup that includes "Hey Joe", "Manic Depression", "The Wind Cries Mary", "Fire", "Third Stone From The Sun", "Are You Experienced", and "Purple Haze".  © 1996-2021, Dusty Groove, Inc.
(Orange & tan label stereo pressing.)

Face To Face
Reprise, 1966. Very Good+
LP...$54.99
Excellent work by The Kinks – cut right on the cusp of their earlier bluesier years, and their perfect picture postcard pop sides of the late 60s! The album's got a number of groovy little tunes that virtually put the jangle in 60s pop – with impeccable writing by Ray Davies, and all ... LP, Vinyl record album

These Things Too
Reprise, 1969. Near Mint-
LP...$29.99
The first Reprise album from Pearls Before Swine – a bit more straight ahead and folksy than their work for ESP – but in a really great way, one that lets you hear the best of Tom Rapp's amazing songs and vocals! The album follows in a tradition that includes Tim Buckley, Tim Hardin, ... LP, Vinyl record album

Fillmore East – June 1971
Bizarre/Reprise, 1971. Very Good+
LP...$9.99
Frank Zappa & The Mothers, live at the Fillmore East – showing the world they've got plenty of greatness to offer away from the studio! The band here is super-tight – with the ferocity of Chunga's Revenge, but still enough room between the jamming for some mad bits of dialog and ... LP, Vinyl record album