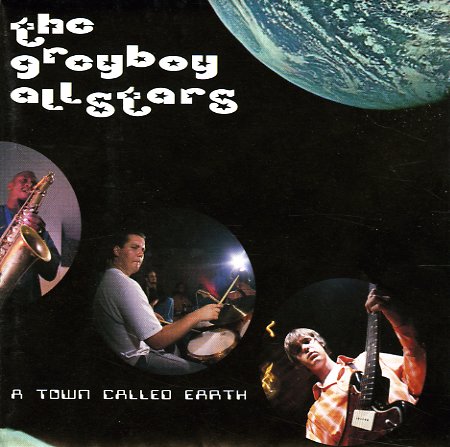 The most recent CD by the Greyboy All Stars, and a nice tight batch of grooves with a loud jazz funk sound in the tradition of the JBs, or some of the classic recordings from the late 60's on Prestige. Karl Denson and Robert Walter are in the group, and the ensemble has a large loud horn section. Tracks include "Sportscaster", "Toys R Us", "Turnip's Big Move", and "Planet Of The Superkids".  © 1996-2021, Dusty Groove, Inc.
(Out of print.)