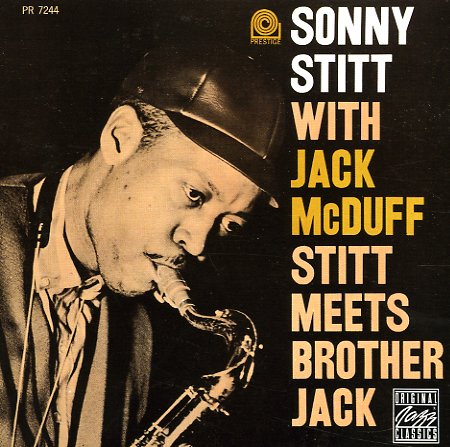 An album that was more famously issued under the title Nuther Fu'ther – and which features Stitt & McDuff in a very tasty set of ortan/tenor grooves, played with that style that Prestige was finally beginning to perfect in the early 60s, as it let these organ combos shake off their 50's R&B sound, and start to hit a straighter jazz groove. Art Taylor's on drums, Eddie Diehl's on guitar, and Ray Barretto lopes along behind on congas. Titles include "Thirty Three, Ninety Six", "Nuther Fu'Ther", "Ringin' In", and "Pam Ain't Blue".  © 1996-2021, Dusty Groove, Inc.
(Out of print)