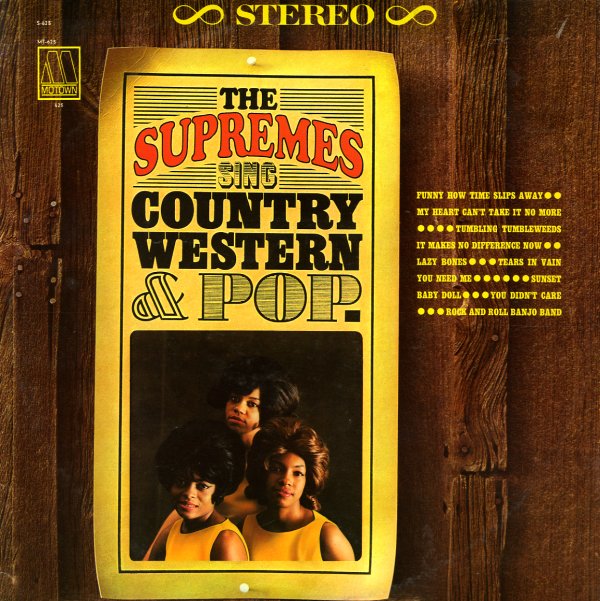 A strange twist for the girls – not really because the material's country, but because the tunes selected are the kind of country tunes that would often be done in kind of a deep soul mode. There's still a sparkling quality on the album – and the girls' approach to the tunes is less Ivory Joe Hunter country soul than it is Brook Benton uptown style. Still, it's quite a different album for the Supremes – and surprisingly nice! Titles include "Funny How Time Slips Away", "My Heart Can't Take it No More", "Tears In Vain", "Sunset", "You Need Me", and "It Makes No Difference Now".  © 1996-2021, Dusty Groove, Inc.
(Original mono pressing with deep groove.)