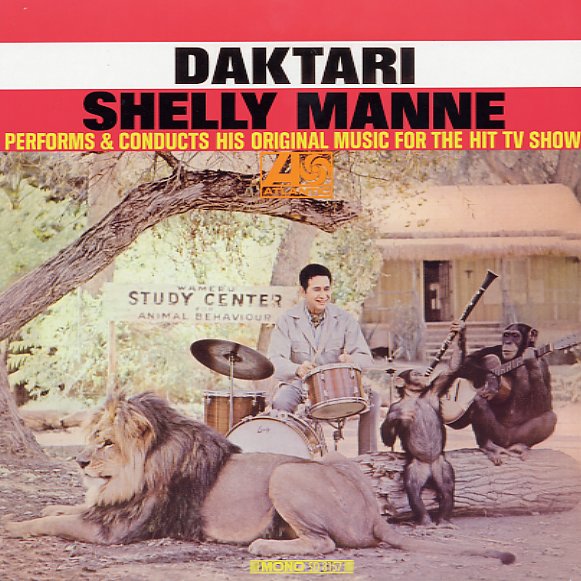 Great stuff – a groovy batch of short tunes from the TV show of the same name, performed by a larger ensemble that includes Frank Strozier, Bud Shank, Bob Bain, Victor Feldman, and Emil Richards. The tracks have a bit of a jungle/exotic groove to them – in keeping with the African setting of the show – and titles include "Elephantime", "Daktari", 'Out On A Limb", "Africa", "Galloping Girraffes, and "Rhino Trot".  © 1996-2021, Dusty Groove, Inc.
(Blue & green label stereo pressing. Cover has splitting on the seams.)