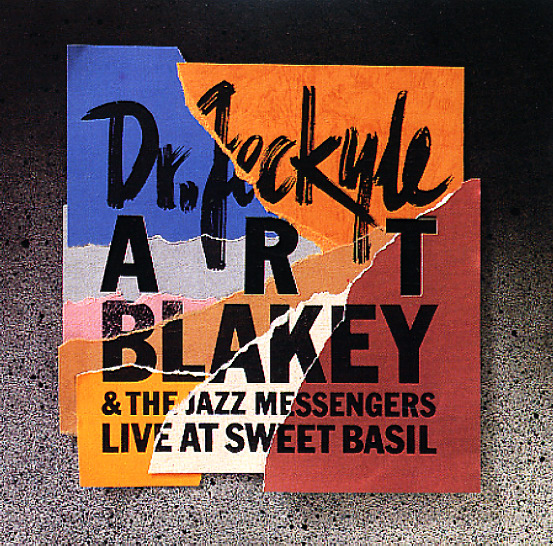 Proof that the genius of Art Blakey never falters! This obscure gem was recorded in the mid 80s – but rarely saw proper issue until the time of this CD – and it features Blakey leading a hip group of young lions with all the care and confidence of some of his best Jazz Messenger sides from earlier years. The style on the album's about halfway between Blakey's Blue Note and Prestige styles – with the hard-blown solos of the former, and the longer freer song structure of the latter – and players include Terence Blanchard on trumpet, Donald Harrison on alto, Jean Toussaint on tenor, and Mulgrew Miller on piano. Tracks are all long – and titles include "Fuller Love", "Dr Jeckyle", "81", and "One By One".  © 1996-2022, Dusty Groove, Inc.
(Out of print, Pro Jazz pressing.)

Anything Goes
Kudu/King (Japan), 1975. Used
CD...$24.99
Ron Carter gets sweet and funky on this 70s classic for Kudu Records – a set that's a fair bit different than some of Carter's acoustic trio sides of the decade, or some of his more high-concept work in recent years! The approach here is free and flowing – larger arrangements penned by ... CD

Welcome To Minoru's Land
Pro Jazz/Electric Bird (Japan), 1985. Used
CD...$6.99
All keyboards from Minoru Mukaiya – a set that features lots of different Yamaha, Korg, and Roland keys – all working together to provide rhythm and melody on some sweet little 80s instrumentals! The style here is probably most in the fusion mode, but given that it's a one man show, ... CD

Autumn Leaves
King/Paddle Wheel/Pro Jazz, 1985. Used
CD...$13.99
A standard-setting record from the Manhattan Jazz Quintet – that strong return to acoustic modes that made the combo such a breath of fresh air in the 80s – at a time when so few jazz groups were content to just focus on doing their thing! The head genius here is pianist David Matthews ... CD

Chant
King/Intersound, 1985. Used
CD...$1.99
A sweet fusion set from reedman George Young – who plays tenor, alto, sopranino, and soprano sax – plus some flute as well! The album's put together by David Matthews, and has a vibe that's similar to his own 80s fusion efforts – with a real nod back to the soulful fusion styles ... CD