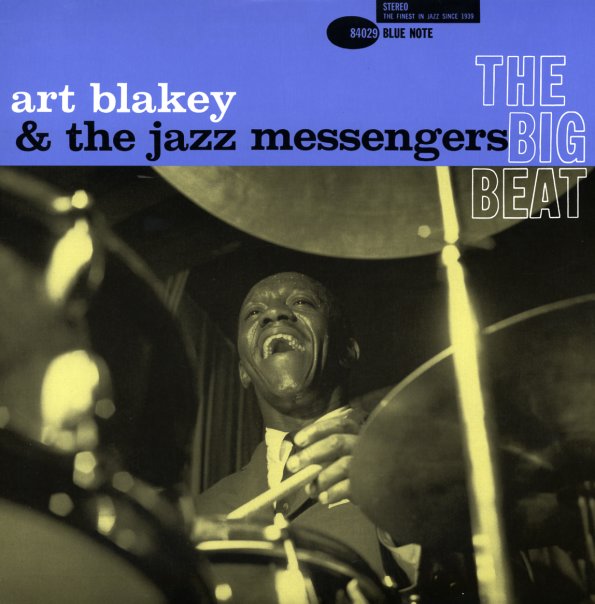 One of the greatest Art Blakey Blue Note sessions of all time – and perhaps one of the greatest to realize the genius of the Jazz Messengers lineup that included Lee Morgan on trumpet, Wayne Shorter on tenor, and Bobby Timmons on piano! The trio of young talents are at the height of their early soulful powers here – working with Blakey and bassist Jymie Merritt in a set of tunes that are overflowing with expressive solos, unusual timings, and the Blakey genius for mixing bold statements with personally introspective moments. Nearly every track on the record's a classic – and titles include an early version of Bobby Timmons' "Dat Dere", plus Wayne Shorter's beautiful tunes "Lester Left Town", "Chess Players", and "Sakeena's Vision".  © 1996-2023, Dusty Groove, Inc.
(Out of print first CD pressing.)

In This Korner (with bonus track)
Concord, 1978. Used
CD...$4.99 9.99
Art Blakey at the Keystone Korner – really rattling the rafters with a great lineup that includes Bobby Watson on alto sax, David Schnitter on tenor, and Valery Ponomarev on trumpet! Although the Shorter/Morgan lineup is always hailed as one of Blakey's best, we're also pretty partial to ... CD

Holiday For Skins Vols 1 & 2
Blue Note, 1958. Used
CD...$11.99
The rarest of all of Art Blakey's percussion group projects – and quite possibly the best, too! The session features Blakey at the head of a strong mix of jazz and percussion players – with Art Taylor and Philly Joe Jones on the regular drum kit, Donald Byrd on trumpet and Ray Bryant ... CD