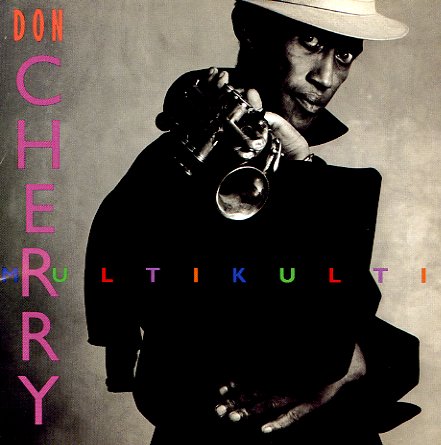 Later work from trumpeter Don Cherry – and a great a showcase for the globe's worth of musical influences Cherry picked up over the years! Features Don Cherry on pocket trumpet, melodica, and vocals, plus contributions from Ed Blackwell on drums, Carlos Ward on alto sax, Nana Vasconcelos on percussion , Bob Stewart on tuba, and Karl Berger on marimba.  © 1996-2021, Dusty Groove, Inc.
(Out of print. Punch through barcode and promotional stamp on disc. Back of booklet has a small date written in pen and a few age spots.)

Mu Second Part (LP sleeve edition)
BYG/Sunspots (Italy), 1969. Used Gatefold
CD...$6.99
Don Cherry really breaks out here on his classic Mu sessions from France – using the new freedoms of post-68 Paris to explore themes at a level that would set the tone for generations to come! The album's very spare, and very improvised – with Cherry on pocket trumpet, piano, and ... CD

Cello Quartet
A&M/Verve, 1971. Used
CD...$11.99
A large, ambitious early 70s experiment in "chamber jazz" from pianist/composer Roger Kellaway – a really haunting set with the sweep you'd be much more in store for on a classical or chamber orchestra record, but with an earthbound core, chords and tonal shifts of a piano jazz ... CD