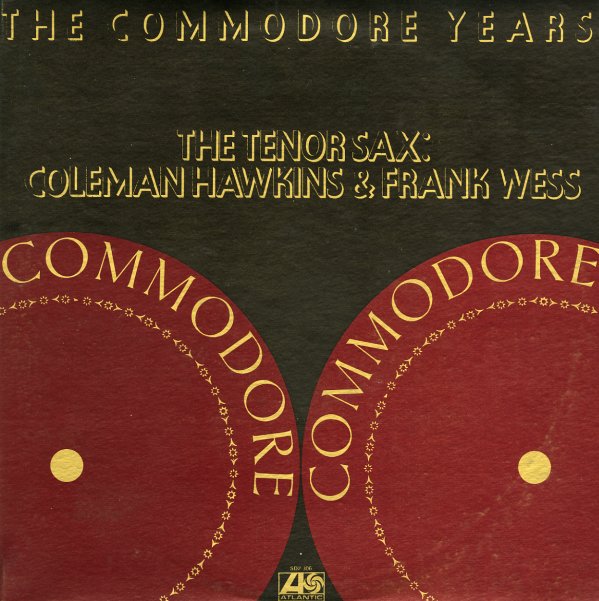 A collection of recordings done for the Commodore label, with sides from Coleman Hawkins with The Chocolate Dandies and Leonard Feather's All Stars, and Frank Wess with his quintet and sextet.  © 1996-2022, Dusty Groove, Inc.
(Mid 70s Rockefeller label pressing with Warner text. Cover has light wear and a small cutout notch.)