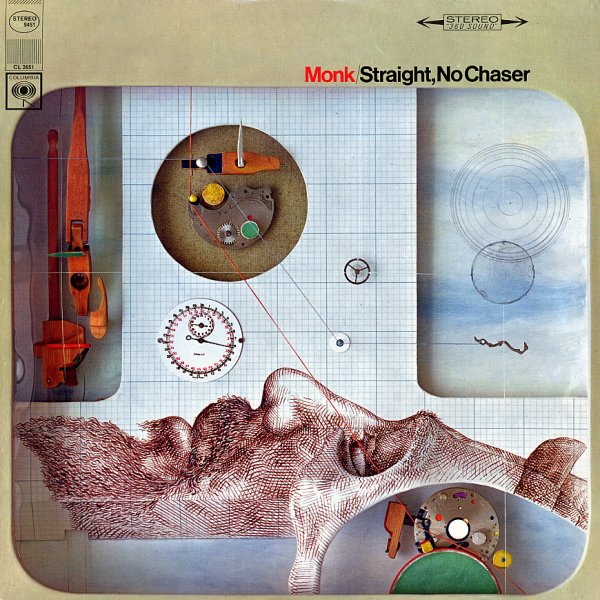 Classic 60s work from Thelonious Monk – featuring his incredible quartet with Charlie Rouse on tenor, certainly Monk's best-ever musical soulmate! The album features some newer versions of older tunes, and a few written just for the album – but the source of the material is not important, as the Monk/Rouse treatment always transforms whatever is handled, and recreates the work as an an angular sculpture of modernist beauty. Other players include Larry Gales on bass and Ben Riley on drums – and titles include "Locomotive", "Blue Sea", "We See", "Japanese Folk Song", and "Straight No Chaser". Features previously unreleased versions of "Green Chimneys" and "I Didn't Know About You".  © 1996-2022, Dusty Groove, Inc.