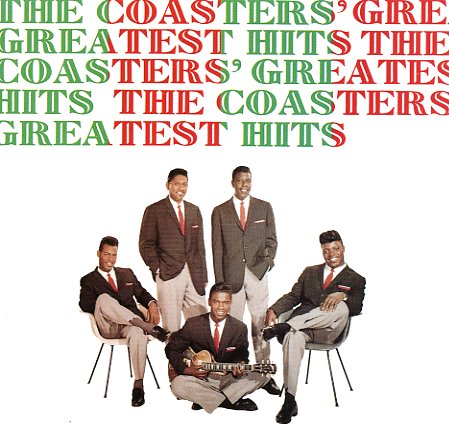 A classic full length set from The Coasters – and as much of a full album that brings together their best for Atlantic, as it is a collection of earlier material from singles! There's a really unified approach here – thanks to the group's really dynamic, surprisingly soulful vocal interplay – and to the top-shelf production and presentation of the material throughout. And sure, they were hitmakers – but we love these guys, and find them to be one of the most radical vocal groups of all time! Under the impeccable guidance of Lieber & Stoller, the group recorded some of the fiercest vocal numbers of the 50s – mixing incredibly soulful vocals with an almost cartoonish ability to conjure up little pictures with words. A dozen great numbers in all – "Poison Ivy", "Along Came Jones", "Down In Mexico", "The Shadow Knows", "I'm A Hog For You", "Charlie Brown", "Yakety Yak", "Zing Went The Strings Of My Heart", "That Is Rock & Roll", "Young Blood", "Sweet Georgia Brown", and "Searchin'".  © 1996-2021, Dusty Groove, Inc.
(Out of print.)