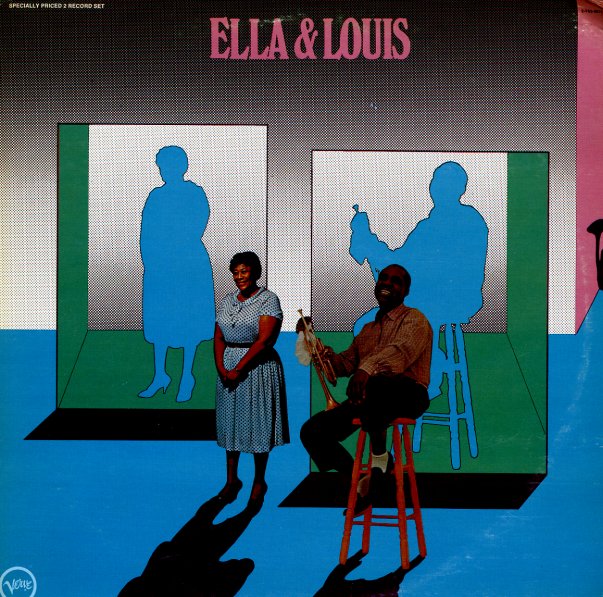 Classic duets between Ella & Louis – done in a sweet mode that only could have been handled by Verve in the 50s! Backings are in a nice small combo mode, and Ella and Louis carry most of the set with their great vocal interplay – warm, personal, and pretty darn charming – in a mode that should be hokey, but comes across great! Oscar Peterson's group provides backing – with Ray Brown on bass and Herb Ellis on guitar – and titles include "Love Is Here To Stay", "I Won't Dance", "The Nearness Of You", "Cheek To Cheek", "Moonlight In Vermont", "Can't We Be Friends", and "A Foggy Day".  © 1996-2021, Dusty Groove, Inc.